It's up to us to hold him accountable for what he says, what he does, and what he doesn't do. 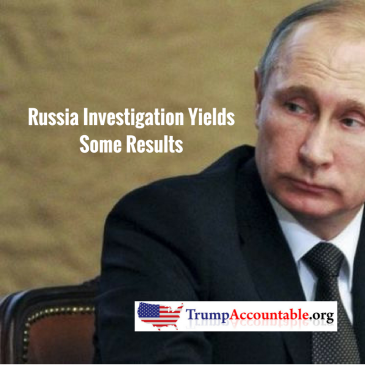 Former Trump campaign chairman Paul Manafort and his long-time business associate, Rick Gates have been ordered to surrender in the first apparent indictments of Robert Mueller’s probe of obstruction of justice and meddling in the 2016 campaign by Donald Trump’s associates. While the charges are not yet clear, the timing of the charges couldn’t be worse … END_OF_DOCUMENT_TOKEN_TO_BE_REPLACED 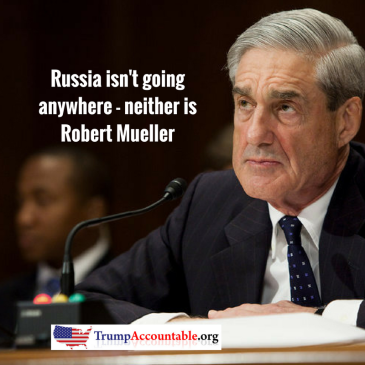 While much of the country (and the White House) was transfixed with the aftermath of Hurricane Harvey, there is compelling evidence that Robert Mueller’s Russia probe is gaining steam. Here are the key developments: The Mueller investigators are teaming up with New York Attorney General Eric Schneiderman to put pressure on former Trump campaign chairman … END_OF_DOCUMENT_TOKEN_TO_BE_REPLACED 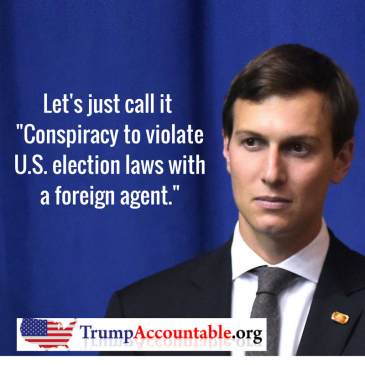 And it could very easily be blackmail. As the details emerged about the meeting between a Russian lawyer representing the Russian government and top Trump campaign officials – including Jared Kushner, Donald Trump Jr., and Paul Manafort – a clear line has been drawn between the Russian government and efforts to influence the 2016 election … END_OF_DOCUMENT_TOKEN_TO_BE_REPLACED